Dieter Komendera
Remix of Elements of a Nextjournal Article by

This notebook is meant for testing our Markdown Format.

The paragraph is the simplest Nextjournal node type. Internally, paragraphs use a rich-text editing component for text styles: italic, bold, monospaced text and links. Now with strike-trough text as well.

You can embed inline nodes in paragraphs: mathematical formulas, like inline_formula not implemented, references to a file, like

Anomaly2014.jpg
, and numbers that can be referenced in code cells, like temperature = 70ºC.

test.txt
and inline data nodes like this blue node.

Lists are restricted to a single level at the moment. Typing * followed by a space into an empty paragraph quickly transforms the paragraph into a list:

This is to quote Ted Nelson:

and he couldn't just be more right.

Files can be uploaded straight to an article. Here is an example of an uploaded CSV file with global temperature data:

If the uploaded file is an image, including SVGs, it will be rendered inline. If the image size exceeds the article’s default content width, layout controls allow expanding the image width beyond the article boundaries.

Images may be captioned.

Executable code cells form the core of the editor. Some cells execute remotely, on the Nextjournal cluster (Bash, Clojure, Python, R and Julia) while others execute in the browser (Javascript and ClojureScript).

When adding the first cell for a particular language, a runtime is created along with it and added to the code panel. New cells using the same language are appended to the previously existing runtime.

Runtimes provide an isolated computational resource for code cells to run in. For remote execution, code cells that share a runtime share process state and an ephemeral filesystem in the form of a Docker container. Browser-based runtimes execute in a web worker.

By default, each new runtime is based on the Nextjournal Default environment.

Bash cells exhibit special behavior. If another language runtime exists, bash cells will be appended to that runtime. This way, you can perform command line work underneath the language process, such as installing Python packages or downloading data.

As noted above, files can be uploaded directly to an article. They can be referenced in a code cell or paragraph by typing Ctrl/Cmd+E and selecting the file you want to reference.

This example takes the global-temperature.csv file uploaded above, reads it, and returns the first character from the file.

Code cells, by default, display the result of the last expression and standard output it generates.

Certain result types, like simple data structures, plots and images, are given special treatment or enhanced by the editor.

If the last expression is a data structure, it's rendered as an expandable tree.

Images generated by cells are displayed automatically, under certain conditions. Here is an example of a R cell that’s generating an image of a plot. Note: R produces always named outputs.

Main cell output should be (de)serializable to markdown along with named result. 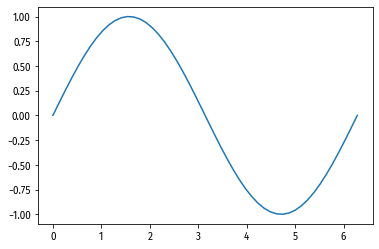 If the results is a data frame or CSV file, it will render as table that shows the first 10 entries of the result. Here’s a R cell that renders the mtcars demo data:

Process standard output and standard error are streamed to the browser, between the source code and the final result. Cell output can be toggled. This Bash cell lists the installed PyPi Python packages.

Writing Results to the Filesystem

Files written to a runtime are only accessible from within that runtime.

The special /results path exists for making a result file referenceable, permanent and downloadable. The cell below writes a file to /results and Nextjournal automatically does the rest:

The file is now downloadable in the browser and can be referenced from other code cells, or even from another article. All results on the filesystem can be referenced using the @ menu in a code cell, followed by Insert Reference:

Code listings are not executable — they're for showing syntax-highlighted code in a larger variety of languages.

Code Listings also have a special option for custom languages. Selection "Custom" from the languages menu removes syntax highlighting from the code listing and allows for a custom language label.

Formula can appear as block, where take up the whole width of the article, or inline, where they appear in the flow of a paragraph. Formula are written in LaTeX and rendered in-browser using katex.

this extra cell will make Python the dominant language and hence should export Python kernel spec metadata in .ipynb

Insert an embed node and simply paste in a link to a tweet or YouTube or Vimeo video. If the link is recognizable, the media will show.

nextjournal/git-component-demo
master
This repo is mounted by: Clojure

Accessing the External Data via Mounts

Here is some content that’s initially invisible because it lives in the collapsed appendix section of this article.